Andrew Worrell has been appointed General Counsel and Corporate Secretary of NKY-based Fisher Group, the 15th largest privately held homebuilder in the United States, as of January 2023.

Worrell succeeds Paul Allen, who has served as General Counsel since 2017. To ensure a seamless transition, Allen will serve as Honorary General Counsel and Assistant Secretary to Fisher Homes until January 2024.

Since 2017, when the legal department was established, succession planning has been a priority for Fisher Group, including Allen and management. 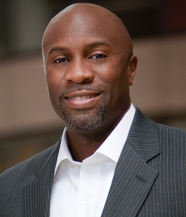 Worrell holds a bachelor’s degree in accounting from Lehigh University and a Juris Doctor degree from Louisiana State University.

Worrell’s extensive background brings to Fisher Homes expertise in real estate, risk analysis, strategy, acquisitions, corporate compliance, human resources, land use planning and litigation management. In addition to this experience, he has established himself as a valuable business partner and as an outside counsel, navigating complex issues and helping Fisher Group achieve its business goals.